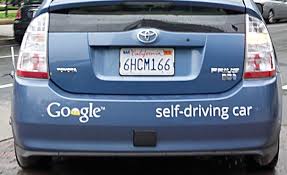 Autonomous vehicles are expected to shake up the property/casualty market, as personal auto insurance premiums drop and cyber insurance steps in.

As drivers look forward to a future of eating, reading and watching movies while being transported to destinations around town, insurers are grappling with big changes associated with the new technology.

Stankard said that he expects autonomous cars to impact several different aspects of the insurance industry. He thinks fewer consumers will purchase vehicles leading to a decline in personal auto insurance needs.

“Adoption of autonomous vehicles will of course be affected by many variables such as regulatory challenges, cost to the consumer, safety, vehicle ownership preferences and the technology itself. However, we as an industry need to act quickly to ensure that we have the products available to align to the new paradigm; if we fail to do so, we only invite disruption,” Paul Mang, CEO of Aon Analytics, said in a press release which accompanied the report.

According to Aon, personal auto insurance currently accounts for 40 percent of global insurance premiums and a reduction in that could drive up market volatility in the property/casualty sector.

“The autonomous technology is going to be a catalyst for change in…how people purchase transportation,” said Stankard.

The shift will be toward ridesharing/mobility services, hence a greater need for commercial auto insurance to cover fleet owners, he said.

As far as changes in claims, Stankard said that because the majority of car accidents are the result of human error – the National Highway Traffic Safety Administration estimates driver error is the cause of 94 percent of all accidents – he expects that there could be a nearly 90 percent drop in auto accidents, which will result in the processing of fewer claims. However, new technology will forge new types of claims and likely more product liability claims. The GIMO report estimated an 81 percent reduction in claims frequency, an increase in claims severity due to sensor costs and an increased cost of handling product liability claims. Liability may be more clear cut in these cases, said Stankard, since electronic data recorders will likely be more sophisticated, tracking a variety of data.

Aon Benfield forecasted that by 2020 global cyber premiums could reach $10 billion – a figure that currently represents the global directors’ and officers’ liability market. The Global Council on Internet Governance estimated cybercrime could grow to $2 to 3 trillion by 2020.

Stankard expects that in the future, there will be regulations to provide guidance and legislation dealing with vehicle hacking incidents, for example. The issue of who is responsible for a hacked vehicle – the owner versus the manufacturer – will need to be sorted out, he said.

A Munich Re survey, conducted on site at the Risk and Insurance Management Society Conference in April 2016, found that 55 percent of risk managers feel that cyber security is the greatest insurance concern associated with autonomous vehicles. This was followed by allocation of liability when autonomous/non-autonomous vehicles share roads (27 percent), economic disruption (seven percent), safety (seven percent) and the cost of technology to repair damaged vehicles (four percent). From a cyber security perspective, respondents believe the greatest threats to autonomous vehicles are auto theft by an unknown individual hacking into and overtaking vehicle data systems (42 percent) and the failure of smart road infrastructure technologies (36 percent).

When asked what they thought posed the greatest challenge to the widespread adoption of autonomous vehicles, close to half of the risk managers (41 percent) cited regulatory or legislative obstacles, followed by safety (24 percent), security of technology (19 percent), cost (11 percent) and the ability to function in all weather and road conditions (five percent).

“As AV technology progresses, the potential risk exposures and their implications for the insurance industry and society will continue to evolve,” said Tony Kuczinski, president and CEO of Munich Reinsurance America, Inc. “Cyber security in particular is one area we are watching closely, as the vulnerability and implementation of safeguards for AVs remains to be seen.”