Healthcare’s “wall-of-shame” for 2015 officially ends tonight at midnight. It’s not really a “wall,” it’s just a website, but it’s the online mechanism for the Office of Civil Rights (OCR) under Health and Human Services to publish data breaches as reported to them and required by HIPAA. The numbers this year are just staggering.

According to OCR, there were 253 healthcare breaches that affected 500 individuals or more with a combined loss of over 112 million records.

The Top 10 data breaches alone accounted for just over 111 million records that were lost, stolen or inappropriately disclosed.

The top 6 breaches affected at least 1 million individuals – and 4 of the 6 were Blue Cross Blue Shield organizations. 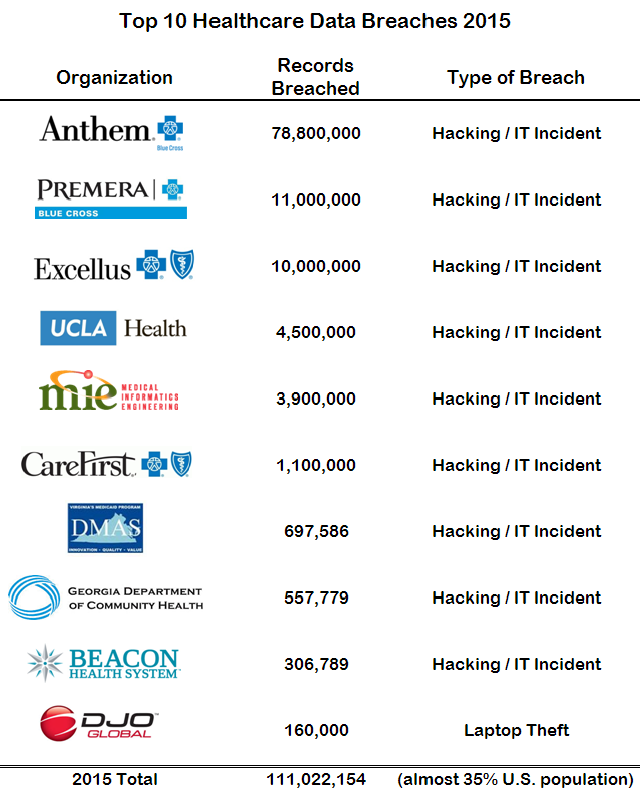 Certainly the largest single breach – Anthem – represented over 70% of the total records compromised, but that still left 33 million records breached through other healthcare organizations.