A GLOBAL cyber attack has spread across the world, hitting computer systems everywhere from the UK and Russia to America and the Ukraine. Here is what we know so far.

British, Russian and Dutch firms are among the companies being held to ransom as the massive computer meltdown spreads rapidly across the globe.

The global ransomware attack is said to look similar to the WannaCry attack that hit the NHS and infected computers in more than 150 countries last month.

Experts said another piece of ransomware, described as a variant of a virus known as Petya, appeared to be behind the cyber attack unfolding today.

But Kaspersky Lab said: “Our preliminary findings suggest that it is not a variant of Petya ransomware as publicly reported, but a new ransomeware that has not been seen before.

“That is why we have named it NotPetya. The company’s telemetry data indicates around 2,000 attacked users so far.

“Organisations in Russia and Ukraine are the most affect, and we have registered hits in Poland, Italy, the UK, Germany, France, the US and several other countries.”

Ransomware is the malicious software used by hackers to block access to a computer system until a ransom is paid in bitcoins.

What do we know so far in Britain?

British advertising giant WPP confirmed that computer networks in several locations had been targeted by a "suspected cyber attack”.

In a statement, WPP said: "IT systems in several WPP companies have been affected by a suspected cyber attack.

"We are assessing the situation, taking appropriate measures and will update as soon as possible." 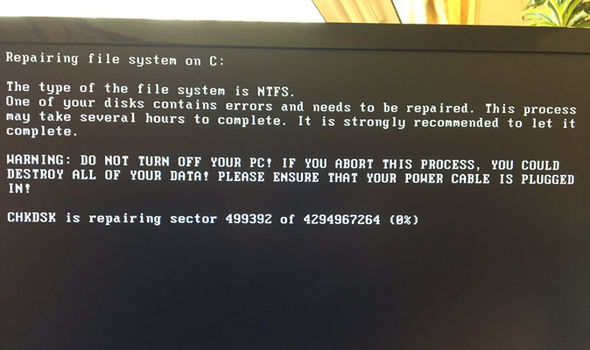 What do we know so far in America?

American pharmaceutical company Merck has reportedly been hit by the cyber attack.

Merck tweeted: “We confirm our company's computer network was compromised today as part of global hack. Other organizations have also been affected.

“We are investigating the matter and will provide additional information as we learn more.”

What do we know so far in Russia?

Russia's central bank said there had been "computer attacks" on Russian banks and that in isolated cases their IT systems had been infected.

All Russian branches of Home Credit consumer lender are closed because of a cyber attack, an employee of a Home Credit call centre in Russia said.

Russian steelmaker Evraz said its information systems had been hit by a cyber attack but its output was not affected.

What do we know so far in Ukraine?

There has been major disruption to the Ukrainian power grid, banks and government offices.

Chernobyl's radiation monitoring system has been affected by the cyber attack.

Ukrainian deputy prime minister Pavlo Rozenko said the computer system at the government's headquarters has been shut down.

He added: "It was an unprecedented attack, but our IT experts are doing their work and protecting strategic infrastructure.

"Important' systems have not been affected."