A Microsoft blog has been hacked by the Syrian Electronic Army shortly after two of its Twitter accounts and another blog were attacked by the same group.

The Office blog had just been redesigned before it was targeted by the hackers who posted a screenshot of their work on their Twitter feed.

Previous attacks were used to post pro-Syrian government messages and criticisms of the firm.

Microsoft has not yet commented on the latest attack. 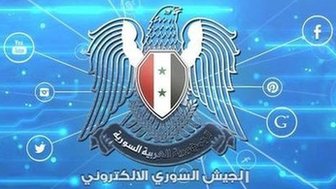 Several articles appeared on Microsoft's site with the title, "Hacked by the Syrian Electronic Army", before being removed, reported tech news site The Verge.

After the attack the SEA addressed a tweet to Microsoft which said: "Changing the [content management system] will not help if your employees are hacked and they don't know about it."

The group had previously used Twitter to warn the company that more attacks may happen after some of Microsoft's social media sites were compromised earlier in the year.

It said: "We didn't finish our attack on @Microsoft yet, stay tuned for more."

After that incident the company shut down its affected accounts for "maintenance".

In a statement issued at the time it said "no customer information had been compromised".

"What the SEA does is not very sophisticated. But it works and people need to be much more vigilant," said security analyst Graham Cluley.

"This is embarrassing for Microsoft but will it mean people won't buy Microsoft software? Probably not."

The company also confirmed that at the time of the earlier attack a small number of employee email accounts had been accessed by the SEA.

Screenshots of conversations between Microsoft executives were tweeted by the group.

Microsoft said that the accounts had been "reset".