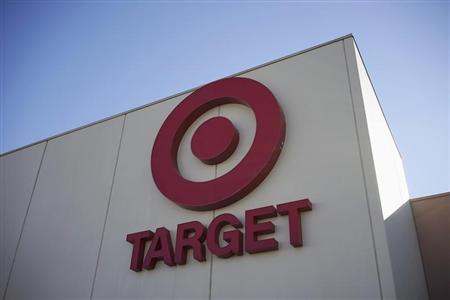 BOSTON (Reuters) - Companies that help Target Corp process payments could face millions of dollars in fines and costs resulting from the unprecedented data breach that struck the retailer over the holiday shopping season.

Investigators are still sorting through just how thieves compromised about 40 million payment cards and the information of about 70 million Target customers. But people who have reviewed past data breaches believe Target's partners could face consumer lawsuits and fines that payment networks such as Visa Inc and MasterCard Inc often levy after cyber security incidents.

Target's partners "have deep pockets and are intimately involved in certain aspects of how Target gets paid," said Jamie Pole, a cyber security consultant in Asheboro, North Carolina, who works for government agencies and the financial industry.

Fines and settlement costs could reach into the millions of dollars for individual companies, he said, though much will depend on how the ultimate liability for the breach is determined.

Boston attorney Cynthia Larose of Mintz Levin said Target would likely seek to add its partners as defendants to lawsuits already filed over the breach. "These class-action lawsuits start to bring everyone in at some point," she said.

After its systems were penetrated by hackers in the mid-2000s, retailer TJX Companies Inc agreed to pay up to $40.9 million to cover fraud costs in a settlement with Visa. Visa also issued penalties of $880,000 against Fifth Third Bancorp of Ohio, which processed transactions for TJX.

Several companies are involved in any purchase from a store such as Target. A bank issues the consumer's payment card, while a separate organization known as the "merchant acquirer" handles the payment for the store, when the card is swiped. Companies such as Visa and MasterCard operate the networks over which the payment request and confirmation are sent.

Companies performing these roles for Target were identified in a research note by Robert W. Baird & Co analysts on December 19.

According to the note the merchant acquirer used by Target for credit and debit card transactions is Bank of America Merchant Services, a joint venture of Bank of America Corp and KKR & Co's First Data Corp.

The note also identified Vantiv Inc of Cincinnati as processing transactions for Target customers who type in personal identification numbers for debit transactions. It said Vantiv expected "no impact from the breach." Vantiv representatives did not return messages.

Target-branded payment cards are issued by Toronto's TD Bank Group. A spokeswoman said via e-mail that "It would be inappropriate to comment on any potential fines at this time."

One author of the Baird report, analyst Timothy Wojs, said it is too soon to predict what fines or settlement costs might result. In the past, fines by Visa and MasterCard have been insignificant to payment processors but set the stage for larger settlements to cover bank losses, he said.

Fines in cyber cases have drawn some push-back from merchants. In a case in U.S. District Court in Nashville, Tennessee, specialty retailer Genesco Inc Inc is suing Visa over the $13.3 million it says Visa wrongfully collected from its banks, Wells Fargo & Co and Fifth Third.

Visa collected the money after a cyber-attack obtained payment data, though the data was handled within industry standards, according to the company's complaint.

Wells Fargo declined to comment. A spokeswoman for Fifth Third did not respond to questions. In court filings Visa defended its actions as in keeping with laws and contracts.