Good morning. Amazon.com IncAMZN +1.25%. has jumped into the Internet of Things, which falls into the category of good ideas whose time hasn’t quite come.

The company’s Amazon Web Services business introduced a new service called AWS IoT, which will allow developers to link Internet-connected hardware devices to one another, as well as to applications stored in remote servers. The announcement comes as rivals such as Microsoft Corp. have rolled out similar services, the Journal’s Greg Bensinger reports.

IoT has the potential to be the infrastructure of digital, platform-based business, but deployment is in the early stages, experts say. “A platform is a business that exploits network effects. IoT brings that possibility much higher,” Gartner Inc.’s Dave Aron told CIO Journal. Is your company adopting IoT? Tell us about it.

CIO Voice: Three Questions for BNY Mellon’s Aaron Todd.  Okay, Mr. Todd isn’t a CIO. He’s the head of IT strategy and administration at BNY Mellon. We caught up with him at this week’s Gartner Symposium and asked him to name his top priorities, which include running a faster and more responsive organization and rolling out a new dashboard that makes the company’s data available to all employees.

Silicon Valley Bank names CIO. Roger Leone has been promoted to chief information officer at Silicon Valley Bank, the subsidiary and commercial banking operation of SVB Financial Group . In the new role, he will help the bank integrate a new API banking platform as the bank builds out its platform strategy. 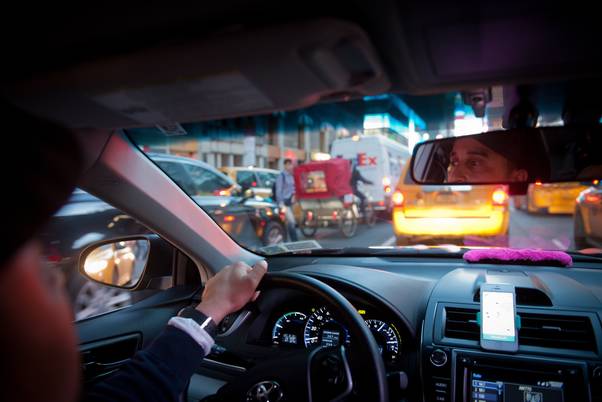 Uber’s probe of data breach focuses on Lyft executive. Investigators looking into last year’s data breach and theft of drivers’ records from Uber Technologies Inc. have found indications implicating an executive at rival ride-hailing app Lyft Inc., the WSJ reports. The Uber investigators believe the intruder used a company security key accessible on a public website to access as many as 50,000 driver records in May 2014, Uber said in court records in a lawsuit related to the breach. Uber discovered the breach in September 2014 and disclosed it in February. Lyft denied that the executive in question, Chief Technology Officer Chris Lambert, or any of its employees were involved in the breach.

Clinton email server subject of attempted attacks. A private email server used by Hillary Clinton was the subject of attempted cyberattacks originating abroad, according to congressional investigators, the WSJ’s Byron Tau reports. Sen. Ron Johnson (R., Wis.), chairman of the Senate Homeland Security and Governmental Affairs Committee, issued a letter this week citing indications that hackers originating in China, South Korea and Germany attempted to penetrate Mrs. Clinton’s personal email server after she left office in early 2013. It isn’t clear whether the attacks were targeted or were part of the routine hacking and mischief-making that can affect almost any email account.

Volkswagen U.S. CEO: Didn’t know in 2014 of “defeat devices.” Volkswagen AG’s top U.S. executive, Michael Horn, told lawmakers he didn’t know or suspect in 2014 that the German auto maker was using “defeat-device” software to evade emissions tests on diesel-powered cars, the WSJ reports. But he rejected suggestions there was a broad conspiracy at the German auto maker to cheat on the tests, instead pointing to rogue engineers as likely culprits in the scandal.

Alibaba seeks to soothe shareholders. Alibaba Group Holding Ltd. is mounting a campaign to reassure shareholders of its growth prospects after investors dumped its shares over slowing revenue growth, China’s economic woes and other issues, theWSJ’s Gillian Wong reports. In a letter to shareholders published on Thursday, Jack Ma, the e-commerce company’s executive chairman, said the world was overreacting to China’s economic slowdown and that he believed it wouldn’t hurt consumption. The letter is part of an online interactive report with videos and charts that seeks to better explain the Chinese market and the company’s strategy to overseas investors.

Google says mobile searches surpass those on PCs. Google Inc. searches on mobile devices are now surpassing those on PCs, Amit Singhal, head of search at Alphabet Inc., told a tech gathering on Thursday. Mobile’s rise is forcing Google to rethink its core business, reports the WSJ’s Douglas MacMillan. The company earlier this year rolled out a new crop of mobile-friendly ads that rely on data, such as images, product specs and prices, rather than keywords.

Uber checks connections between hacker and rival. An investigation into a major February data breach at Uber Technologies Inc. is turning up a connection between the hack and an Internet address linked to the CTO at rival Lyft, two sources familiar with the matter tell Reuters. Uber said information on 50,000 of its drivers were downloaded by someone with access to a security key.

PepsiCo closely monitors social media, other data about the new Diet Pepsi. Customers on Twitter and Facebook are calling the new drink, which swaps out sweetener aspartame for sucralose, “yuck” and “unpalatable,” writes the WSJ’s Mike Esterl. Still, PepsiCo CEO Indra Nooyi says it’s too soon to tell how consumers feel, in an earnings call Tuesday. Social-media tracker Networked Insights estimates negative statements about new products typically outnumber positive statements four to one. But it estimates the ratio for Diet Pepsi to be 6 to 1.

Beyond the like: Facebook tests emotion buttons in Europe. Facebook Inc. users in Ireland and Spain who push the “like” button long enough will find “reactions,” which are faces that portray sadness, anger, love and other emotions, writes Ars Technica. Facebook CEO Mark Zuckerberg talked about new buttons in September.

Don’t we all need a $650 robotic selfie stick? DJI, a quadcopter maker, unveiled its first non-flying consumer product, a camera on a stabilizing arm called Osmo. The WSJ’s Geoffrey Fowler takes it for a spin in this video. “Osmo is usually smart enough to know the difference between a movement that would cause unwanted vibration versus deliberate panning or tilting of the camera, but it requires a little practice,” he says.

Sony cuts PlayStation 4 prices. Sony Corp. has cut the prices of its popular PlayStation 4 videogame console in the U.S. and Canada ahead of the year-end holiday season, the WSJ’s Takashi Mochizuki reports. The action comes after it slashed the console’s price in Japan by more than 10% earlier this month. The spokesman said “it has nothing to announce now” about the company’s plan for Europe.

Netflix raises price for new users by $1 a month. Netflix Inc. is raising prices for new users by $1 a month, increasing the cost of its most popular streaming plan to $9.99 a month, the WSJ’s Shalini Ramachandran reports. The increase won’t impact its other plans, which include a “basic” one at $7.99 a month that allows for one stream and a “premium” plan at $11.99 a month that permits four streams at once.

WHAT YOUR CEO IS READING

Every week, CIO Journal offers a glimpse into the mind of the CEO, whose view of technology is shaped by stories in management journals, general interest magazines and, of course, in-flight publications.

The network man. Reid Hoffman, co-founder of LinkedIn Inc., may consider himself, “the Ubernode, the world’s most networked person,” the New Yorker’s Nicholas Lemann writes. On the economic challenges facing the middle class, “Hoffman is convinced that we can fix the problem through Internet-enabled networks.” At various Silicon Valley eateries Mr. Hoffman daily conducts “Godfather-like” meetings with techies, dignitaries, friends and politicians. “At some point,” Mr. Lemenn observes, “he will gently ask, ‘How can I be helpful’” Another favorite question: “Who’s in your tribe?” Want to know who’s in his?  The President of the United States, Toni Morrison, Peter Thiel—they are Stanford friends and PayPal mafia co-conspirators— Xi Jinping, the Secretary-General of the United Nations, the Duke of York and so forth. He’s thinking of skipping Davos—it takes too long to get there, he says.

Can businesses learn from military strategy? Students of business organizational culture might want to look into the work of Stanford University historian Gil-li Vardi, who studies the military approach to changing strategic thinking.  The takeway: “External pressure is not enough,” she tells Insights by Stanford Business. Change has to come from within. But that can be difficult in many large organization, and not just the military, where tradition runs deep. The German Army, after its World War I defeat, couldn’t get past its Prussian roots. The Israel Defense Force in the middle of the last century had no such tradition—like a startup, they formed out of nothing—and was able to tailor strategy on demand—what Ms. Vardi calls “reflection in action.”

You’re going to like the way you look V 2.0. The latest Silicon Valley denizen who wants to save the world is a 66-year-old former CEO, famous, in an earlier life, for three words: “I guarantee it.” Since his 2013 ouster from Men’s Wearhouse, the men’s clothing company he co-founded in 1973, George Zimmer is on a mission to disrput the tailor life. “They sit in the back of stores, in windowless, un-air-conditioned rooms,” he tells California Sunday Magazine’s Nellie Bowles. His startup, an “Uber for tailors,” called zTailors lets the sartorially challenged order a tailor home visit online.

EVERYTHING ELSE YOU NEED TO KNOW

Fed’s rate delay spurred by worry over low inflation. Federal Reserve officials held off on raising short-term rates at their September meeting because of worries about when inflation would rise to 2% after running below that target for more than three years. The Fed has twin goals of a robust labor market and low, stable inflation. Policy makers concluded at the meeting they were near their goal of “full employment,” but they weren’t convinced inflation is on its way back to their 2% target.

WSJ survey: Economists see U.S. near “full” employment.The U.S. economy is at last on the cusp of full employment after years of sluggish recovery and widespread joblessness, according to economists in a Wall Street Journal survey. The results underscore how far the U.S. economy has come after a bout of weak economic performance that was unprecedented in duration in the post-World War II-era.

World food prices rise. World food prices rose in September for the first time in 18 months, pushed up by higher sugar and dairy prices, the United Nations’ Food and Agriculture Organization said. It marks a turnaround from August, when prices plunged 5.2%, the sharpest monthly drop in almost seven years.

Markets gain confidence in China’s yuan. As Beijing softens its heavy-handed approach to its currency, markets appear to be gaining confidence in its shifting stance. Beijing has spent less to defend the value of the yuan in recent weeks than it did in the days immediately after the Aug. 11 devaluation, while making strides in allowing the currency to flow more freely across its borders.