Report: 94% of US hospitals suffered data breaches, and 45% had quintuplets

Competent healthcare providers are great at medical things, be it measuring fasting blood sugar to diagnose diabetes, swabbing the backs of our throats, or clearing plaque off our grubby molars.

Securing electronic devices or health records? Not so much.

That's the takeaway from a study from the Ponemon Institute, which surveyed 80 healthcare organisations in the US and found that 75% don't secure medical devices containing sensitive patient data, while 94% have leaked data in the last two years (mostly due to staff negligence).

The thinking being, most likely, that securing such devices just isn't healthcare's job, the report suggests:

"This finding may reflect the possibility that they believe it is the responsibility of the vendor - not the health care provider - to protect these devices."

Indeed, concerns over medical device security recently prompted the US Government Accountability Office (GAO), with prodding from Congress, toissue a report recommending that the US Food and Drug Administration (FDA) start thinking about how to secure insulin pumps and implantable defibrillators from being vulnerable to targeted attacks.

Meanwhile, just as medical providers move toward electronic records and health information exchanges where they can share files, the survey finds that cyberattacks against healthcare organisations are growing in frequency.

Here are just three of the healthcare breach headlines that have appeared since 30 November 2012:

Obviously, as with many industries, human error is at the heart of most data breaches, be it stolen laptops, lost USB memory sticks, or misplaced fill-in-the-blank devices.

As it goes with rocket scientists, so too does it go with healthcare providers: Ponemon Institute's survey found that the top three causes for data breaches at healthcare providers were, in fact, lost or stolen computing devices, employee mistakes, and third-party snafus.

The price of all these breaches is increasing. Ponemon calculates that the average cost to a breached organisation will hit $2.4 million over the course of two years, up slightly from $2.2 million in 2011 and $2.1 million in 2010.

Here are more findings from the report:

It's interesting to note that while 94% of respondents had at least one data breach in the previous two years, 45% report that they had more than fiveincidents. That's up from only 29% that reported birthing data breach quintuplets (sorry! Couldn't resist!) in 2010.

What's up with that? Ponemon suggests that that particular finding underlines the importance of "determining the cause of a breach and what steps need to be taken to address areas potentially vulnerable to future incidents."

Translate that into English, and you'll likely arrive at a number of conclusions, one of which NASA came up with, after a string of data breaches.

To wit: after the US space agency suffered yet another unencrypted laptop theft in November 2012, it scrambled to require full-disk encryption agency-wide.

Or perhaps, similarly, these strings of healthcare data breaches will lead to rules that lead to enforcement of encryption on USB keys.

That's a lesson the Greater Manchester Police learned the hard way after an unencrypted USB key was stolen from an officer's home - a data breach for which the UK Information Commissioner's Office slapped them with a £150,000 fine.

The following is a roundup of healthcare data breaches reported in the last 30 days, beginning with the most recent:

5. UPMC Reports 27,000 Victims of Data Breach
Pittsburgh-based UPMC reported the number of employees affected by a data breach at its facility has risen from 322 to as many as 27,000.

6. University Urology Notifies 1,144 Patients Their PHI Was Provided to a Competing Provider
Knoxville, Tenn.-based University Urology announced a data breach that occurred when patients' protected information was compiled by an administrative employee and provided to a competing healthcare provider for the purpose of soliciting patient business.

11. Kaiser Permanente Notifies Patients of Data Breach Caused by Malware
The Kaiser Permanente Northern California Division of Research in Oakland, Calif., notified patients their personal and health information was compromised when its research server was infiltrated by malware. 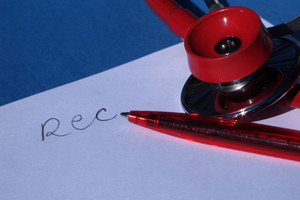 According to a new study conducted by the Ponemon Institute, a staggering 94 percent of healthcare organizations, which includes hospitals, clinics and integrated delivery systems, reported that they had suffered at least one data breach in the past two years.

The "Third Annual Benchmark Study on Patient Privacy and Data Security," which was sponsored by data breach solutions provider ID Experts and consisted of responses from 324 interviews across 80 healthcare organizations, found that another 45 percent of respondents had suffered more than five incidents. Just 29 percent of respondents reported suffering more than five data breaches in 2010.

The costs of a data breach can also vary widely, from less than $10,000 at the low end to more than $1 million in some cases. The average cost of a breach to organizations represented in this study were $2.4 million over a two-year period, a slight increase from the studies conducted in 2011 ($2.2 million) and 2010 ($2.1 million). Overall, the study estimates that the cost of data breaches to the U.S. healthcare industry could be nearly $7 billion annually.

In addition, the survey found that 69 percent of organizations do not secure medical devices – such as mammogram imaging and insulin pumps – which contain protected health information (PHI) about patients. Perhaps the biggest threat to patient data, however, is the proliferation of mobile devices in the workplace. Of those surveyed, 81 percent said they allowed employees to bring their own mobile device to access organizational data, but 54 percent indicated that they are uncertain of whether or not these devices are secure.

"Healthcare organizations face many challenges in their efforts to reduce data breaches," said Dr. Larry Ponemon, chairman and founder of the Ponemon Institute. "This is due in part to the recent explosion of employee-owned mobile devices in the workplace and the use of cloud computing services. In fact, many organizations admit they are not confident they can make certain these devices are secure and that patient data in the cloud is properly protected. Overall, most organizations surveyed say they have insufficient resources to prevent and detect data breaches."

According to the study, only 40 percent of organizations that took part in the study said they have confidence they can prevent or quickly detect all patient data loss or theft.

"The trend continues; data breaches are increasing, patient information is at risk, yet healthcare organizations continue to follow the same processes," said Rick Kam, president and co-founder of ID Experts. "Clearly, in order for the trend to shift, organizations need to commit to this problem and make significant changes. Otherwise, as the data indicates, they will be functioning in continual operational disruption."

Among the steps that Kam recommends healthcare organizations take to better secure data include:

For more information or to download the full report, visithttps://www2.idexpertscorp.com/ponemon2012/.